Spinalonga and its geographical position.

Spinalonga (Σπιναλόγκα) is in Greek officially known as Kalydon (Καλυδών). As a small rocky island it’s situated in the Gulf of Elounda, opposite the small fishermen’s village of Plaka.

You can reach Spinalonga by boat from the harbour of Agios Nicolaos and Elounda or by small boat from the pier of Plaka. Spinalonga is mostly known as a Leper colony. Leper patients from Crete and the rest of Greece were quarantined here till 1957.

There exists a theory that the name Spinalonga appeared for the first time in 13th century; Venetian conquerors, unfamiliar with Greek, corrupted the place-name “Stin Olounda” which is Greek for “at Olounda”, originally to Spinalonde and later to Spinalonga.

Reports also show that Spinalonga was not always an island. In 1526, the Venetians cut down a portion of the peninsula and thus created the island. Because of its position the island was fortified since its early years in order to protect the entranceway of the port of the nearby ancient Olous. This had a commercial importance because of the created salt making industry. 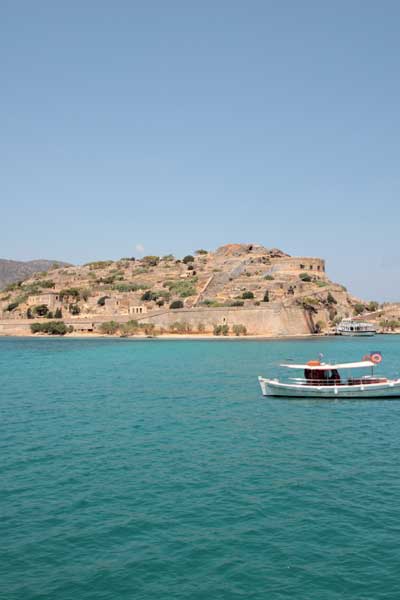 ***
You can visit Spinalonga
if you drive the following Routaki routes… 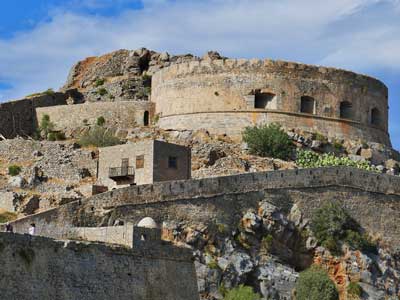 Spinalonga’s history made by many different cultures.

The history of the island started somewhere in the ninth century, when the Saracens conquered Crete for a period of 138 years. The island was a safe refuge for the Christians, who built a small fortress for their safety.

In 1202 the Venetians started an occupation of the island of Crete which would last until 1715. In this period they built several fortresses in fear of attacks from the sea. Especially after the fall of Constantinople in 1453 and the continuous pirate raids, the Venetians were forced to fortify Spinalonga which they had turned into an island in 1526. They started building the fortress in 1538 and this lasted till 1649. Spinalonga became one of the most important fortresses in the Mediterranean. 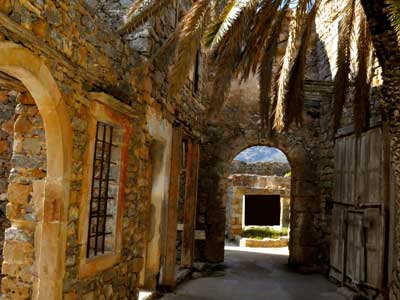 In that same year the Ottoman Empire finally conquered the whole of Crete. The island of Spinalonga became a sovereign state which lasted till 1715. In that year it also fell in Ottoman Turk hands and with that action they removed the last trace of Venetian military presence from the island of Crete.

During this occupation Spinalonga was a Turkish village with around a thousand inhabitants.

Later, during the Cretan resistant for the independence of Crete, a part of Spinalonga was used as a prisoner camp.

In 1898, after the revolution of 1866 when Crete became an independent Republic, a lot of Ottoman Turks left the island. But not all. Some of them stayed because they were protected by the French who had installed a naval base around 1903 on Spinalonga.

The Cretan government decided to scare the Turks off by banishing all leper patients on the island of Crete to Spinalonga. These leper patients were living in areas near Heraklion and Ierapetra and were called the “Mesquinis” which meant the damned. The Turks, fearing contamination left the island and repatriated to Turkey.

So Spinalonga became a leper colony. After the cure was found in 1950 the colony closed down and the last patient left in 1957. It is notable for being one of the last active leper colonies in Europe. The last inhabitant, a priest, left the island in 1962. 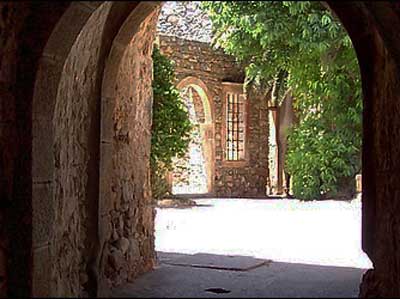 Spinalonga – a boat trip to the island of the damned.

From the beginning of the seventies Spinalonga is a touristic attraction and thousands of mainly foreigners visit the island during the summer months. Together with the excavations of Knossos and the hike through the Samaria Gorge it’s one of the main ‘attractions’ of Crete. 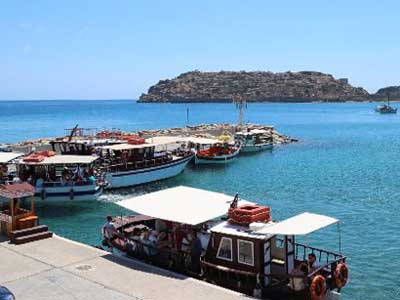