The excavations of the palace of Knossos.

Knossos is the largest archaeological site on Crete and is considered Europe’s oldest city. The excavation site is situated 5 km south-east of  Heraklion. It lies in the valley of the river Kairatos. The well of the river is near Archanes, runs through Knossos and reaches Katsabas, the former Minoan harbour of Knossos, now one of the outskirts of Heraklion.

The earliest traces of inhabitation in the area of the palace go back to the Neolithic period which was between 7.000 and 3.000 BC. It is thought that Knossos was the first and oldest Neolithic site on Crete and the first indication of human activity on the island. 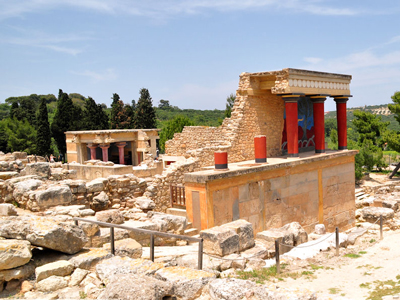 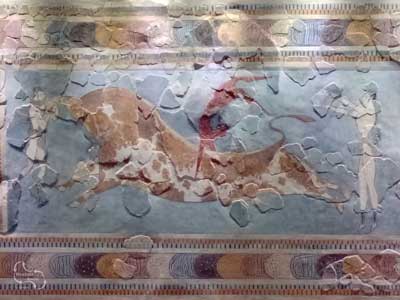 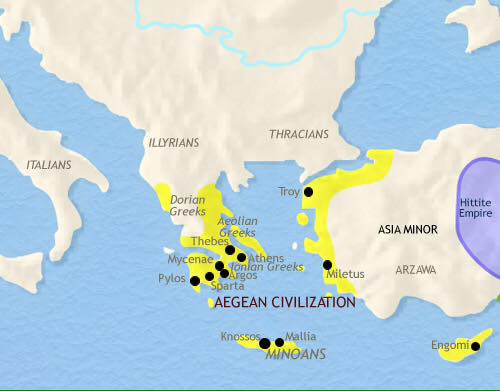 The area continued to be occupied by an estimated 18,000 people in the so called Pre-palatial period, which runs from 3.000 to 1.900 BC. At the end of this period the area was levelled for the erection of a large palace.

This first Knossos palace was destroyed around 1.628 BC, probably by an earthquake of which the epic centrum was on Santorini, a volcanic island, situated 140 km north of Crete.

A second, larger palace was built on the ruins of the first one. Between 1.700-1.450 BC the Minoan civilization was at its peak with a population of about 100.000 people.  The legendary King Minos resided at Knossos and it was the most important city-state of the island. Knossos maintained ties with the majority of cities in the Eastern Mediterranean.

Knossos palace is a monumental symbol of the Minoan civilization, due to its construction, the use of luxurious materials, the painted plaster, marble revetments and wall-paintings adorning the rooms and passages. Furthermore the architectural lay-out, the advanced building techniques that were used are impressive in size.

***
You can visit the
KNOSSOS excavations
at the end of route…

In 1.450 BC the city was destroyed again by an earthquake and afterwards rebuild. This was a period were the Mycenaeans established themselves at Knossos. The second palace was finally destroyed about 1.350 BC by a major conflagration. Despite the fire the area stayed inhabited till the Roman periods. 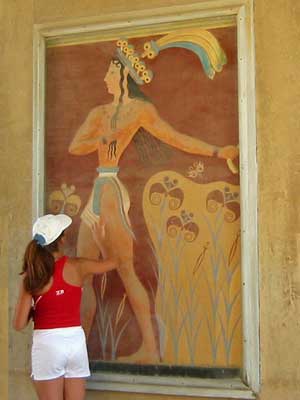 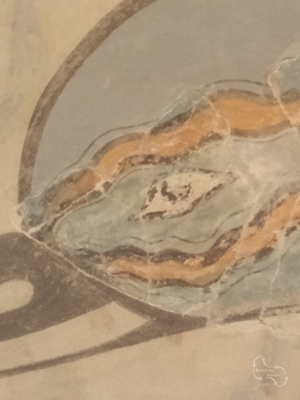 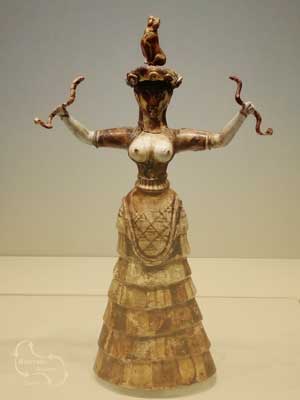 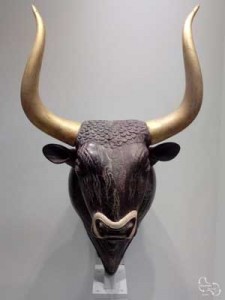 The site was discovered in 1878 by the wealthy art lover Minos Kalokairinos, when Crete was still under Turkish occupation. He discovered parts of the west wing and unearthed many pithoi vases.

However the large scale excavations began only in 1900 under the managing eye of the English archaeologist Sir Arthur Evans who was at that time 49 years old. The excavations were done with a team, and covered a period of time of 35 years.

The palace was excavated and partially restored with the use of concrete, which was controversial in that time. Its size far exceeded the original expectations, as did the discovery of two ancient scripts, which Evans termed Linear A and Linear B.

From the layering of the palace Arthur Evans developed an archaeological concept of the civilization that used it, which he called Minoan. All objects that were found from the location were also called Minoan.

The palace of Knossos was undoubtedly the ceremonial and political centre of the Minoan civilization and culture. It appears as a maze of workrooms, living spaces, and storerooms close to a central square.

Some names of important monuments on the archaeological site are; The Great and little Palace, The Royal Villa, The House of the High Priest, The Caravan Serai and The Royal Tomb of King Minos.

One of the most important findings is the 34 cm tall statue of the Snake Goddess, which holds in both hands a snake. Arthur Evans also discovered three fragments of which the Fresco of the Prince of the Lelies is reconstructed.
The Palace of Knossos is also connected with thrilling legends, such as the myth of the Labyrinth in which the Minotaur plays a role or the story of Daidalos and Ikaros.

It is wise to use an expert guide on the premises, to have you exactly explained what is what and what is where.

“….there was, if fact, never a nation who called themselves the “Minoans”. The civilization of Ancient Crete was given this name by the 19th century British archaeologist Sir Arthur Evans, who, when he began excavating at Knossos in 1900, thought he had discovered the palace of the legendary king Minos, who appears in several Greek myths.” 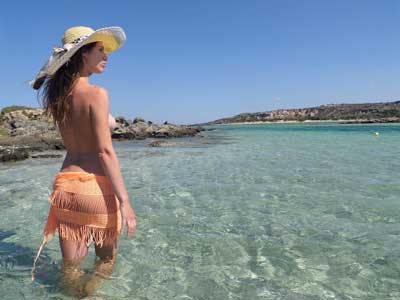 Enjoy Routaki route 35 and use the lovely beaches of Georgioupolis. 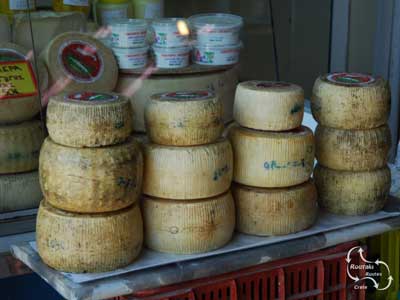 In route 35 you pass the village of Asi Gonia and can buy some local cheese. 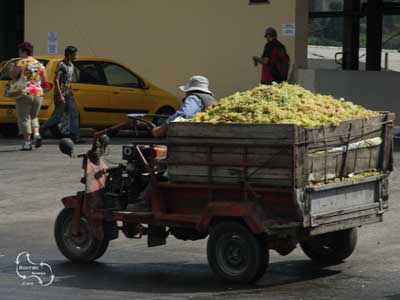 Read about the quality wines of Crete and the grapes that are used for it.