What does RAGiF stand for?

RAGiF is the abbreviation for Routaki’s Audio Guide info Files.

These audio files provide you with interesting information about items you will encounter along the way or general information about the region or country where you’re currently driving through. The RAGiF’s are downloadable onto your smartphone and the (free) Routaki APP will make sure these files will start automatically to play on your device on the best possible moments. When you don’t have to drive (a lot of) difficult turns or curves. The RAGiF’s are mentioned in the route description with the RAGiF logo, but you don’t have to push any button or do any other action, once you have installed and switched on the Routaki APP. This APP makes sure that the right RAGiF is played at the right GPS coordinate, during your chosen road trip.

What is /what does the VLC media player?

The VLC media player is a programme to play audio, music and video. It’s an open source software, which means it’s made by a group of volunteers and is constantly improved. The APP is downloadable for free on every device. Make sure that you download the proper software which fits the operating system of your telephone, tablet or laptop.

In general your device has already a media player installed and therefore the download of the VLC player isn’t necessary. We of Routaki have made the RAGiF’s in a way that it functions well within the VLC player. 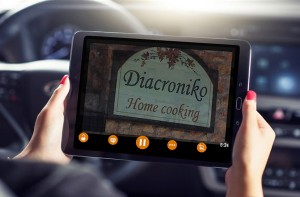 What is augmented reality?

Augmented reality (AR) is the integration of digital information with the user’s environment in real time. In other words a live (in)-direct view of a physical, real-world surrounding whose elements are augmented (increased or supplemented) by computer-generation. It is related to a more general concept called mediated reality, in which a view of reality is modified by a computer. Unlike virtual reality, which creates a totally artificial environment, augmented reality uses the existing environment and overlays new information on top of it. As a result, the technology functions by enhancing one’s current perception of reality. With Augmented reality it’s possible to add graphics, sounds, videos and/or smell to the natural world as it exists. With the help of advanced augmented reality technology, the information about the surrounding real world of the user becomes interactive and even digitally manipulable. 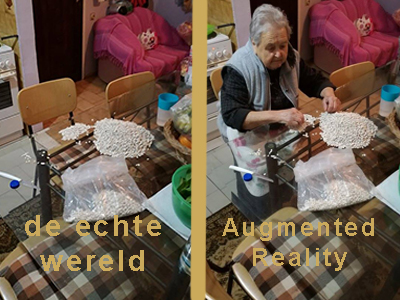