Anogeia in history with its own cultural aspects.

In the wider area of the municipality of Anogeia traces of human presence and activity from the prehistoric period exist. More southwards, up in the mountains, there is an important Minoan settlement called Zominthos.

In the most recent years Anogeia had to deal with the Ottoman Turks twice and during world war two with the Nazis. Anogia was therefore completely ruined multiple times and almost all inhabitants were executed in those periods. Driving through the village you will pass several statues honouring their war heroes and commemorate their fallen loved ones.

Entering the village you will see the statue of the Anogian musician Nikos Xylouris which stands next to a small open air theatre. If you walk up there, you also have a marvellous view over Anogeia. On the picturesque square of Agios Georgios you can relax and enjoy a typical greek coffee. Further along the street the small church of Agios Ioannis is worth a visit. After you make a hard turn to the left you end up in the ‘lower part’ of the village were you can visit the Syntagmatos plateia and have a look inside the house of the earlier mentioned musician, Xylouris. 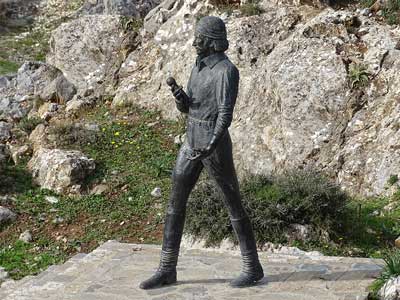 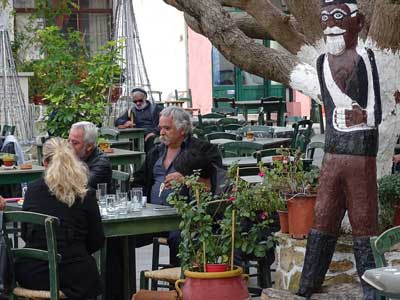 ***
You can visit Anogeia
if you drive the following Routaki route…

Nature and landscape in and around Anogeia.

Almost all of the area that the municipality of Anogeia covers is located within the boundaries of the Psiloritis region; it’s affiliated with the Network ‘Natura 2000’ because of the great interest in the natural environmental side of matters.
Further south of Anogia, at an altitude of 1400 meters, extends the Nida plateau with the famous Ideon Andron Cave. A little bit to the east the Skinakas Observatory is open to public once a month during the full moon night.

The area of Psiloritis is home to a remarkable population of bearded vultures, some 70 species of rare or endemic plants, 3 of which are protected by international conventions. Several rare and protected species of animals and 45 species of birds for which the area is an important nesting place, or a stopover location during migration. 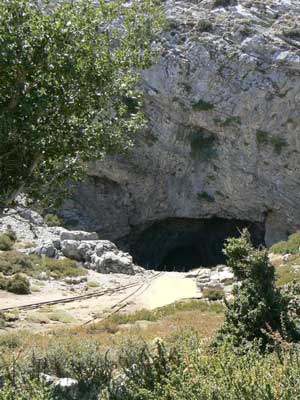 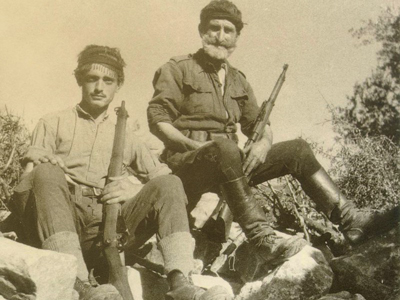 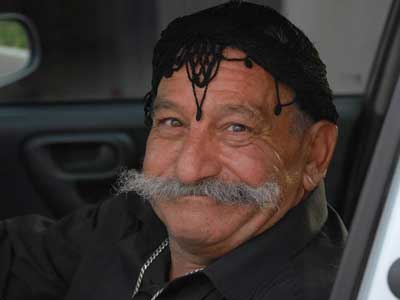 The local traditions of Anogeia.

The Anogians, living as they have been since ancient times in the inaccessible peaks of Psiloritis, have been preserved over the centuries from generation to generation, unchanged in their morals, customs, traditions and anthropological character.
Their language is full of ancient words and has preserved that singular and characteristic Doric accent; very old greek words can still be heard.
In general the inhabitants of Anogia take a deep pride in their place and its history. The people are enthusiastic and ready to join in dancing, have fun and be merry.
Driving through Anogeia you will see that the men of Anogeia still wear the traditional ‘Βράκα’ (Vraka), the baggy cretan trousers, tucked into their Στιβάνια (Stivania), the long black boots, in combination with the typical cretan head covering, the so called ‘Σαρíκια’ (Sarikia). Τhis black (head-)kerchief of special netted knit, edged with a fringe of tiny little knots, is tied around the head.
According to the legend the knots symbolize the ’tears of Crete’, which symbolize the mourning over the people who were killed in the explosion in the Arkadi Monastery during the uprisings against the Ottoman Turks.
Younger generations like to wear army clothes; to reinforce their proud and independent image.
You will also notice that many of the men wear moustaches -moustakia, this is considered a very proud cretan custom. The cars parked around the village are mostly pick-up trucks. Handy for olive collection, sheep transportation and other agricultural activities.

Driving up to this village you may notice that the signs painted on the asphalt turn into yellow colour. This is done on purpose because in the winter months the Anogia region has a lot of snow.
In the mountain area above Anogeia, near the summit of the Psiloritis, there was a ski lift and a pistenbully which are out of use nowadays.

A video of the village of Anogia in the winter months. Filmed by “Sarantos Filming”

A video of dancers and musicians in traditional clothing. Filmed in the Ideon Andron Cave.

A video of a performance of Nikos Xylouris in Athens, back in the days, in 1974. 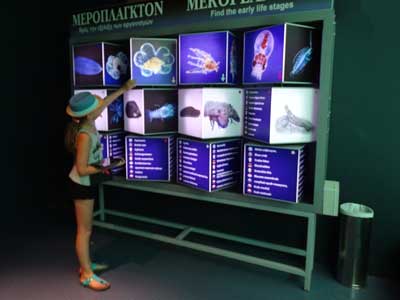 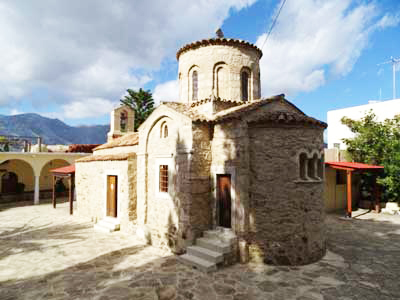 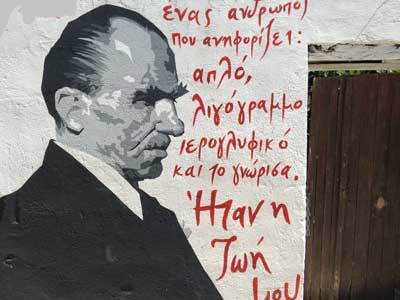