Music instruments and dances on Crete.

The most important music instrument on Crete is the lyre. The three dimensional bow and string instrument with its pear shaped torso is held in front of the body, placed on the knee and it is played with bow. The torso of the lyre is built out of one piece of selected white or black cedar wood. 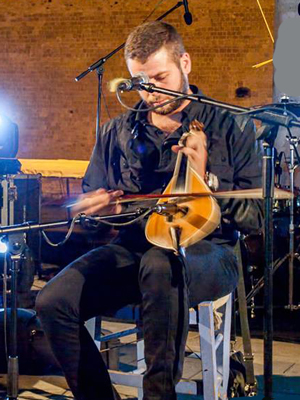 There are five different dances that are accompanied by the lute and the lyre. First there is the Pentozalis. This is a vibrant, lively dance with mostly forceful jumps. Men and women dance in a circle. The Siganos is the start of the Pentozalis. This is a slow dance accompanied by the sound of the lyre. The Haniotis is also a slower pace dance where posture and technique are revealed. The Kastrinos is a real manly dance, because of the forceful jumps. The Sousta, on the other hand, is a dance for couples and has an erotic touch that is clearly visible. 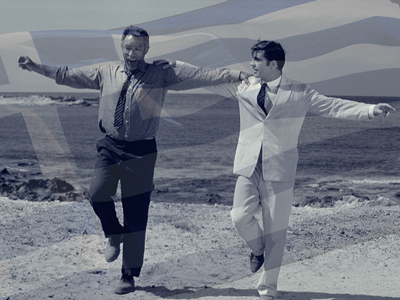 Last but not least there is the well-known Sirtaki. Men and women are dancing together in a circle. You hold each other by the shoulder and kick the feet up in the air sideways. 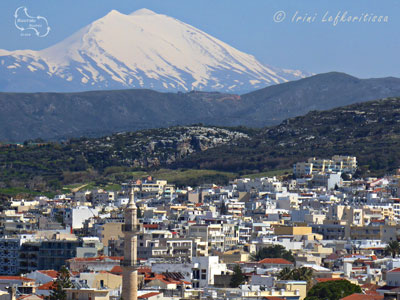 Visit the city of Rethymnon before you drive day trip 32 towards Myriokefala. 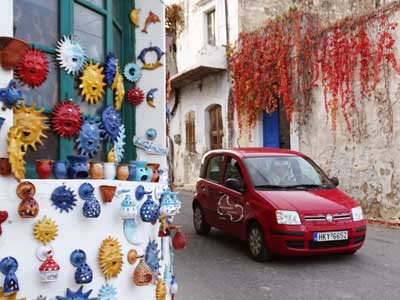 Explore the pottery village of Margarites at the end of route 52. 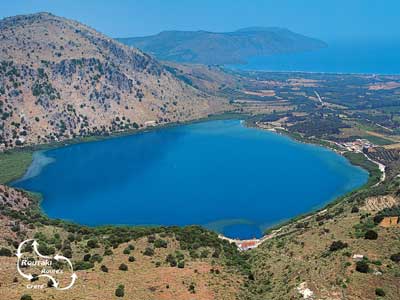 Take a break to leisure at the lake of Kournas at the end of Routaki route 35.